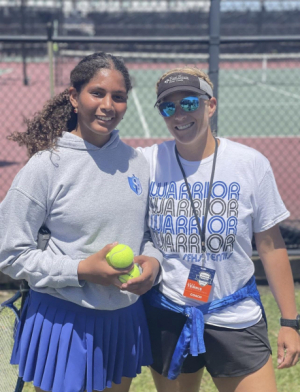 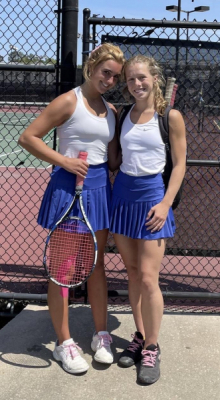 The SFHS Tennis team made their name known, as 4 doubles-teams and 3 singles-players arrived to play at the State competition at ULM this week.

Paras was the last girls’ singles match put on the court and the first singles match to come off the court on Tuesday morning as she dominated her first-round opponent.  Thomas and Elijah fought hard but fell to players who both advanced to the quarters and the semifinals.

Logan/Olivia and Hannah/Zeina both showed their first-round matches what SFHS Tennis is all about, by ending their first-round matches quickly. Hannah and Zeina fell in the quarterfinals to a team that went on to play in the finals.  Cutler and Sawyer played well but succumbed to a more seasoned team. Connor and Dixon fought hard but came up short in the quarterfinals against a team that continued on to play in the finals.

Elijah played a hard-fought match in the first round against the #1 seed, who went on to play in the finals.  Paras made a dominant showing all the way to the semifinals. She lost in the third set on Wednesday morning to a seasoned player who was a finalist from last year.

The SFHS Tennis team did an amazing job this year! They are a young team, who I know will do great things in the near future!